A weekend was not nearly enough to discover everything New Orleans has on offer. It did give me a good taste of the Big Easy (you can take that literally) and I loved it!

I stayed in The Quisby, a hostel at a 40-minutes walk from the French Quarter. Having lived in Houston for the past two months, I basically hadn’t walked in two months. Not only is New Orleans much more compact than Houston, it also has sidewalks. So I was very happy to walk my way to the heart of the city.

I drove into town from Baton Rouge on a Friday night. As I was going to fly solo for the next 24 hours, you could call it my first trip as a solo traveler. I kicked off the weekend with homemade punch at the Quisby’s bar, followed by the delicious arepas of Maïs Arepas just around the corner.

Fueled up, I was ready to look for some great music on Frenchmen street. Frenchmen street is known to be the more authentic version of Bourbon street, with lots of live music venues. What I didn’t find on Frenchmen was the laid back jazz place I was hoping for; instead, I got some excellent people watching. The whole street was packed with people either too old or too young to get wasted. Witnessing this drunken parade on Frenchmen, I could only imagine what Bourbon street would hold. I did know I needed more punch for that. 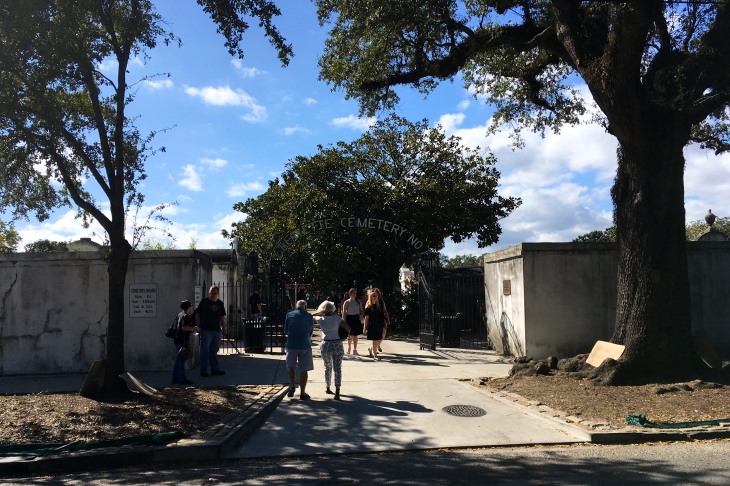 Given the melting pot that is New Orleans, it’s no wonder that the city has an amazing food culture. Therefore next on my Big Easy tour was a culinary history tour with Tastebud. The five food stops on the tour were paired with the history of the food, as well as the restaurants we were enjoying it at. It’s a great way to taste a little bit of everything, if you don’t have the time or the stomach to try it all in US-size portions. Must tries include gumbo and jambalaya,  beef po’boy, muffaletta and pralines.

When we were walking the streets of the French Quarter, we came across the kind of music I was looking for last night. Better late than never!

New Orleans is not just known to have a rich food culture; from decades of partying and imbibing, a series of iconic cocktails was born. These include the Sazerac, the French 75,  the Grasshopper, and my personal favorite: the Brandy Crusta. Most of the bars that invented these cocktails are still proudly serving their signature drinks. This calls for a cocktail tour! As I wasn’t planning on sipping fancy cocktails by myself, I entrusted the cocktail tour to Doctor Gumbo. I’m positive the six cocktails contributed to my enthusiasm, but this tour was great! Our guide was hilarious and knew his cocktail history very well. We got to try all of the above cocktails and more in different bars all over the French Quarter. By the time we ended the tour on Bourbon Street, the group was one big jolly family.

One stop that wasn’t on the tour is Hotel Monteleone’s Carousel Bar. The Carousel is the birthplace of the Vieux Carré cocktail. But what stands out even more than the cocktail is the bar. As the name suggests, it’s slowly turning to reach one full rotation every 15 minutes. So when my friend got into town, we ended up spending three hours on this amazing adult carousel.

On Sunday morning my head was slowly turning as well. It felt like the time to discover the sights of the French Quarter that were not bars or restaurants. Behind every corner is a great story in the French Quarter, which the Free Tours by Foot guide was happy to share. A ride on the oldest streetcar line in the world brings these stories straight to live. 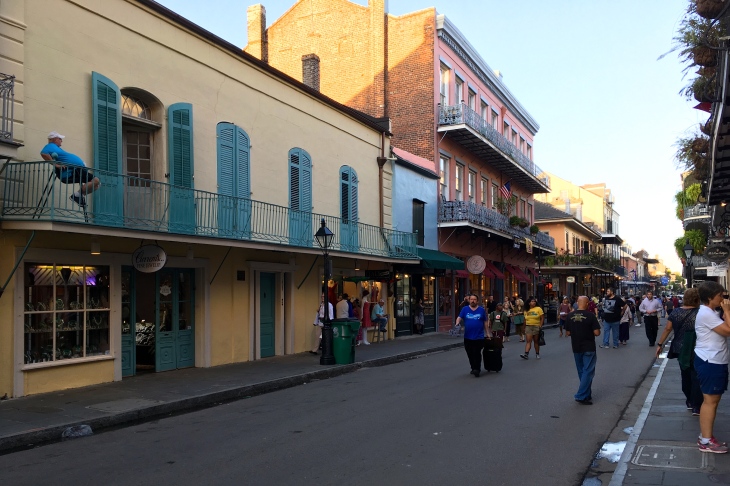 After a quick lunch at the Gumbo festival, Houston was calling me. If you love food, music, cocktails and stories of the past, the Big Easy is definitely the place for you!