In between driving the Florida Keys and touring Miami, we reserved two days to discover Florida’s nature side. Florida counts three national parks, which share one common good: water. The best way to explore Dry Tortugas’ marine life, Biscayne’s mangroves and the Everglades wetlands is out on the water.

Located 70 miles of Key West, Dry Tortugas National Park is only accessible by ferry or seaplane. The more affordable option is the Yankee Freedom, which departs every morning from the port of Key West. With a two-hour one-way ride, you spent as much time on the ferry as on the island. But the ocean views from the sundeck (and the margaritas on the way back) ensure that the real trip begins as soon as you set foot on the deck. 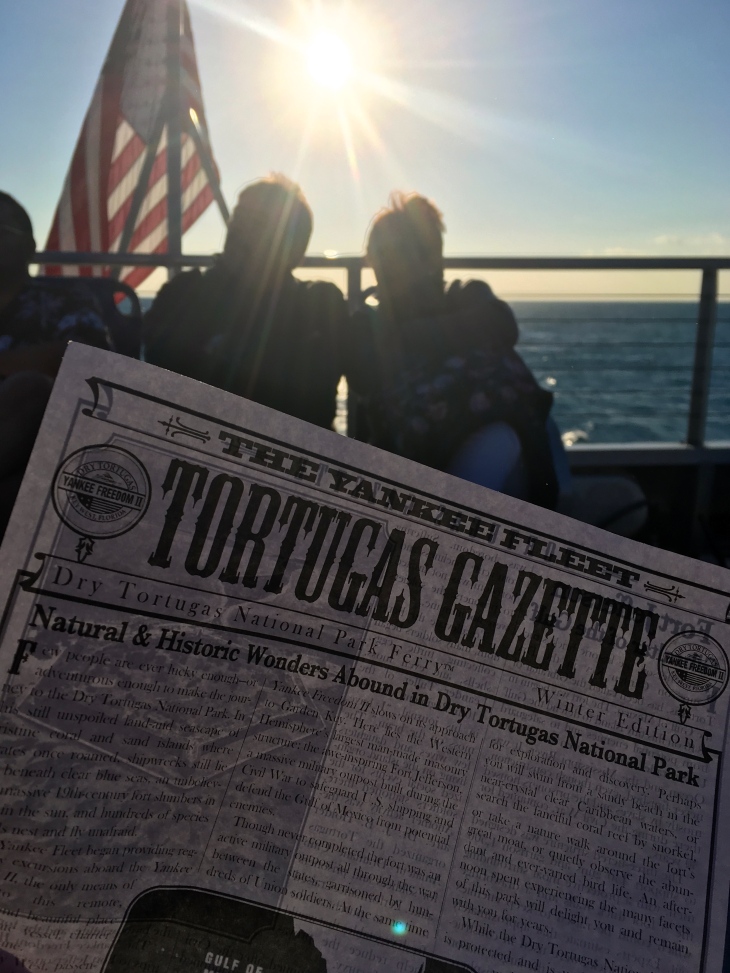 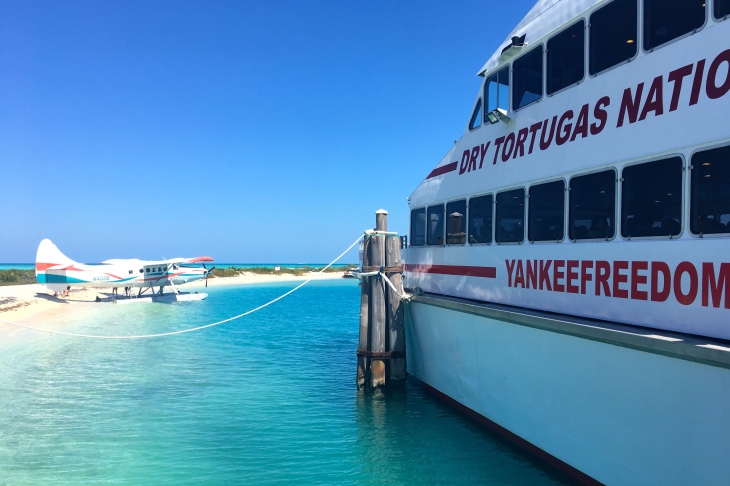 The island is dominated by the massive Fort Jefferson, built to protect the strategic deepwater anchorage that is Dry Tortugas. The fort served several purposes after it was erected in the 1800s, including an extremely remote prison. The ferry ticket includes a one-hour tour of the fort; or, if you’re dying to get in the water like us, a 20-minute talk on the fort’s history. Make sure to climb the fortress’ walls for sweeping views of the Gulf of Mexico. 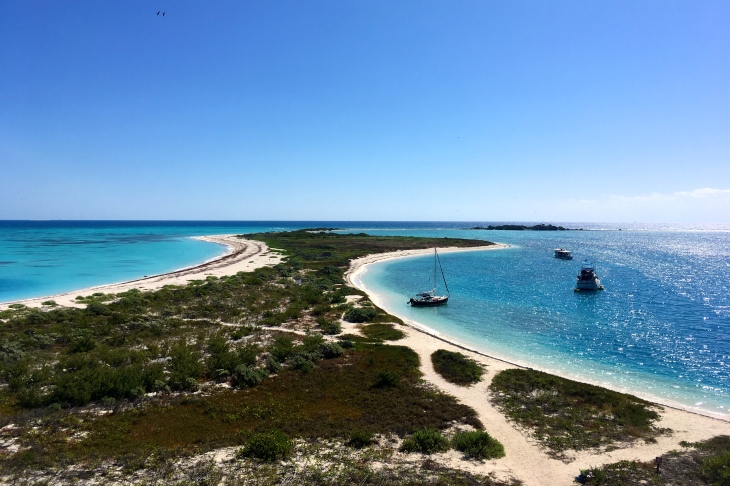 After lunch served on the ferry, the crystal clear water was calling us. Snorkeling gear comes included with the ferry ticket. Prospection on the fort’s infinity walls revealed huge fish and poisonous-looking jellyfish, so we choose to stay close to the shore. 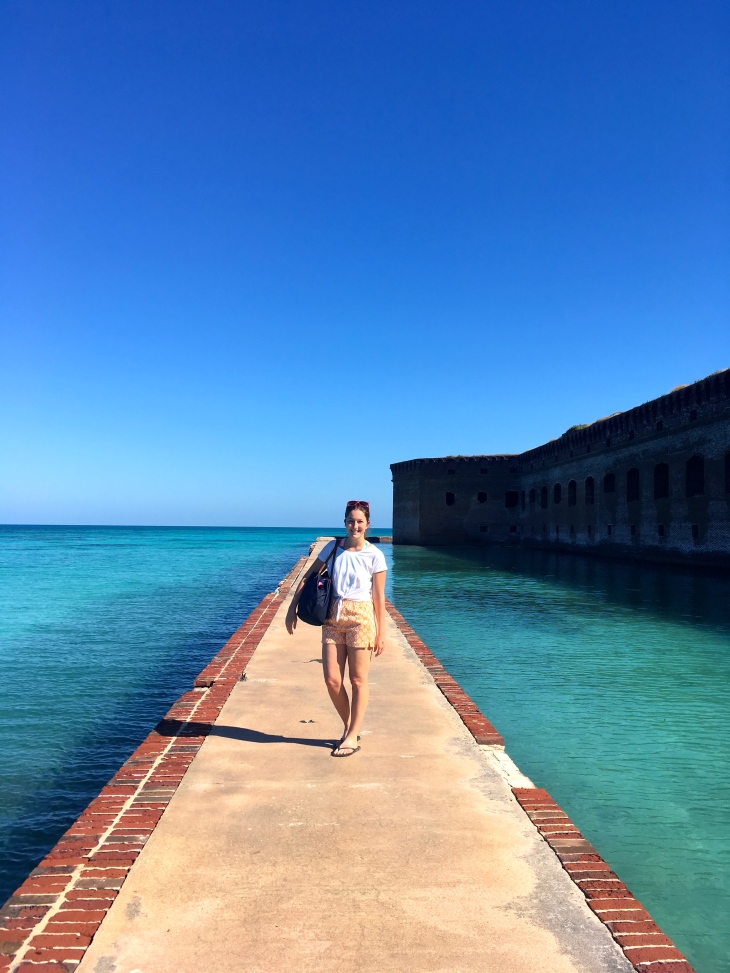 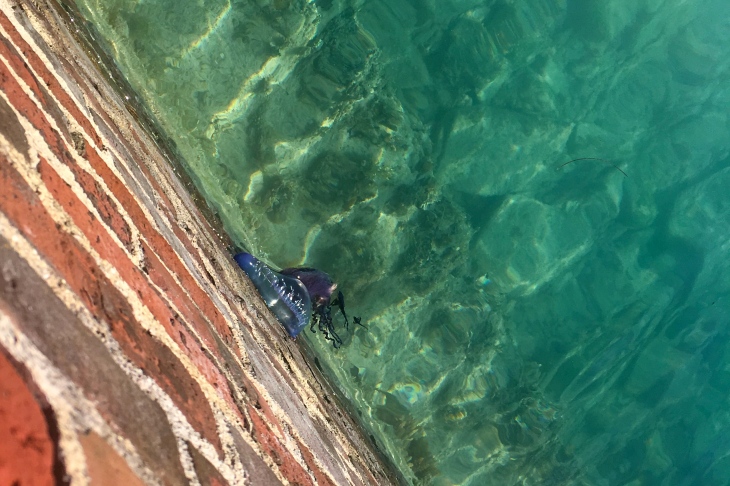 Unlike the kids who kept on bringing exotic shells to the surface, I wasn’t a natural. After inhaling considerable amounts of crystal clear water and much struggling with the swim fins, I decided to move on to the beach. 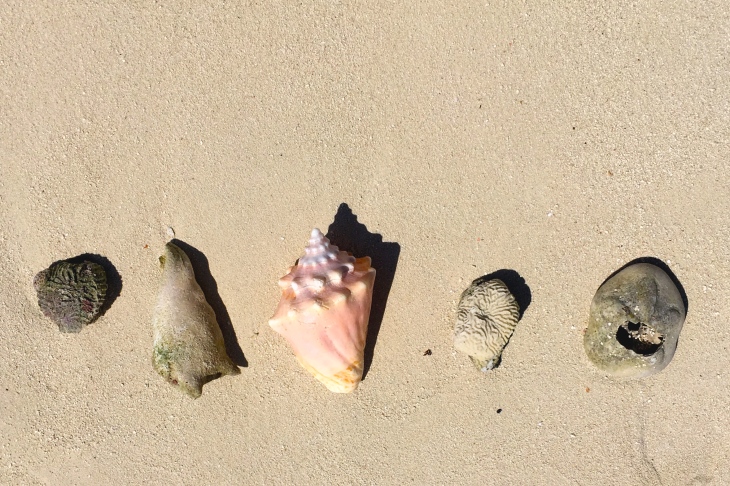 Located at a mere 20 miles from the Everglades, Biscayne National Park is often overlooked. Less is more when it comes to traveling, so we were happy about that. 95% of the park is water, so a visit is only worthwhile if you get out on the water. The Biscayne National Park Institute offers all types of excursions, from snorkeling to boat tours. Been there done that, so this time we choose for a stand-up paddling adventure. The guided Jones Lagoon Paddle Eco-Adventure departs every morning at 9 AM.

We stayed the night in Homestead, an ideal base for discovering both Biscayne National Park and the southern part of the Everglades. Before driving to the park, I was determined to get Knaus Berry Farm’s famous cinnamon roles for breakfast. This resulted in a fast and the furious ride to the national park, followed by a sprint to the boat which was about to launch. In my opinion, the rolls were worth it.

We shared the speedboat with just four more people, plus the captain and the guide. After a short history lesson about the park from the water, we set off at full speed to Jones Lagoon. In the 20 minutes it took us to get there, we didn’t pass a single soul. 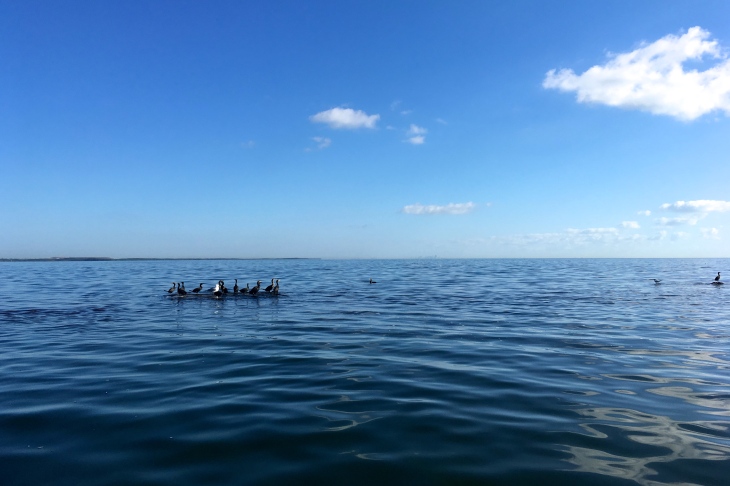 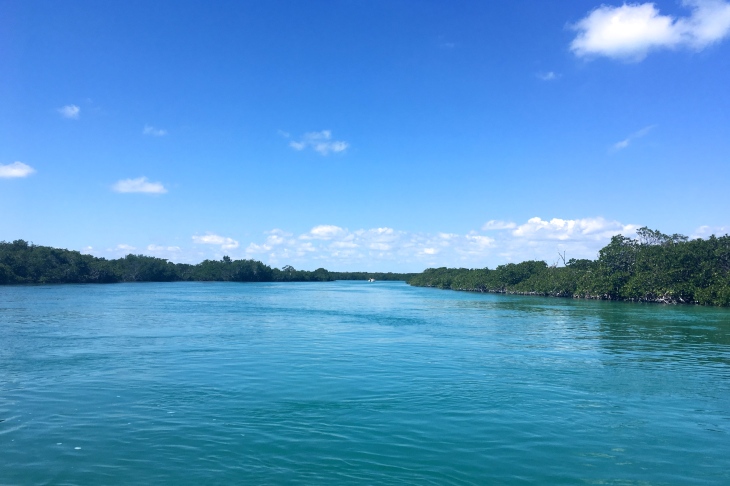 I had been wanting to try paddle boarding for a while now. I could only hope that it would go smoother than previous attempts to stand on a board – read surfing and snowboarding. The advantage of a paddle board is that you can perfectly use it sitting or kneeling down, which is exactly what we did for the first half an hour.

The water in the lagoon is only about three feet deep, which allowed us to spot stingrays, a baby shark and upside-down jellyfish. Once I managed to stand up on the board, I didn’t want to sit down anymore. I had imagined an exhausting workout and at least one dive into the water, but instead it turned out to be a very relaxing experience. Although a stand up picture is missing, I promise it happened. 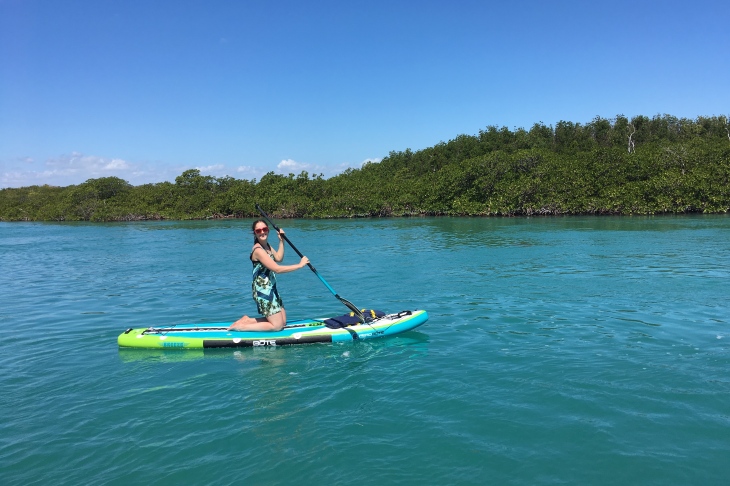 The Everglades National Park spans more than one million acres of wetlands, which make up a perfect habitat for alligators. One of the best places to spot alligators in the Everglades is the short Anhinga trail, located right next to the Royal Palm Visitor Centre.

In fact, it was hard not to spot an alligator. The 0.4 mile trail was surrounded by alligators soaking up the sun. And they were not the only ones.

We drove a bit further into the park to the Pa-Hay-Okee lookout tower, which reveals wetlands as far as the eye can see. Truth be told, the Everglades doesn’t reach the level of natural beauty that most national parks have on offer. Although we might have been spoiled by the stunning landscapes of the past two days. 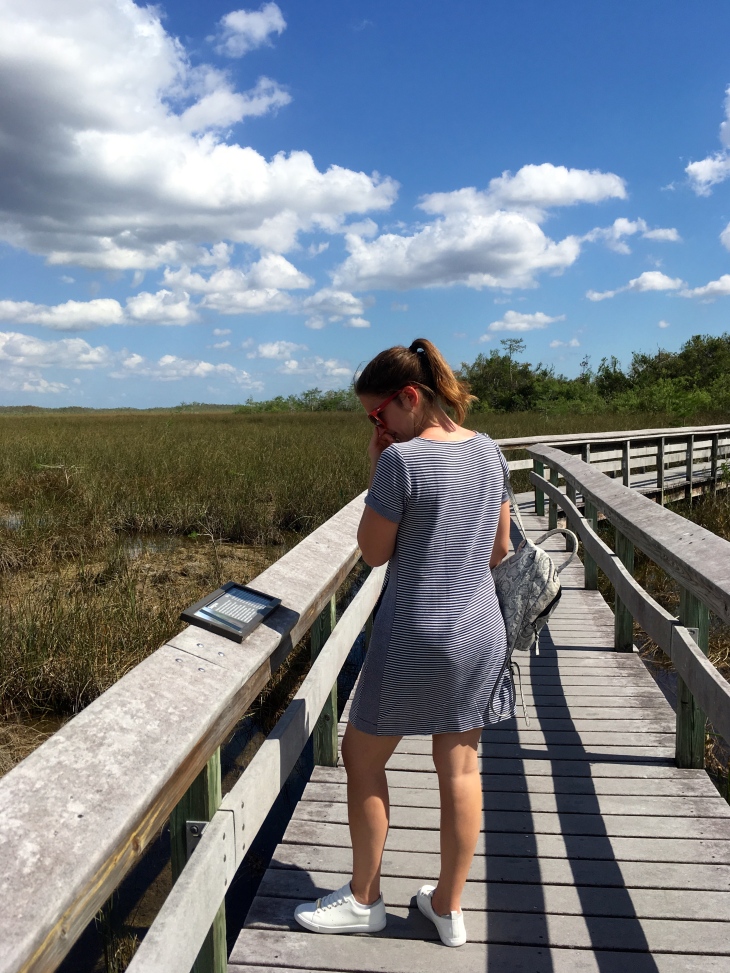 Before heading to Miami, we stopped at Schnebly Redland’s Winery. This winery makes wine out of everything but grapes. A tasting lets you try five of their wines, made out of exotic fruits like avocado, lychee and guava.